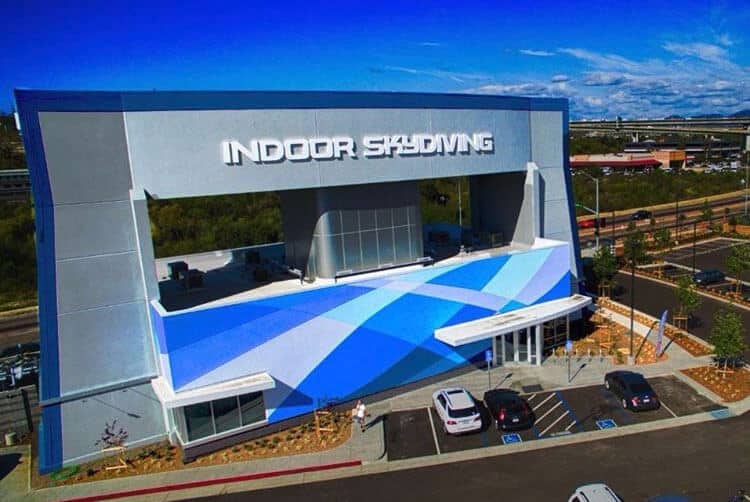 iFLY San Diego Mission Valley is a 14-foot (4.3 m) recirculating tunnel that opened in San Diego, California in February 2016. This Mission Valley iFLY tunnel is a SkyVenture Generation 7 model, and is located just north of the I-8, east of the Mission Valley shopping center.

After Airborne San Diego closed in August 2017, iFLY’s Mission Valley indoor skydiving facility became the only wind tunnel in the city proper, and the only place to go indoor skydiving in San Diego. Airborne was a one-of-a-kind tunnel complex, housing dual 14-foot flight chambers in a facility over 21,000 square feet in area, but closed after the venture went bankrupt. It was the first modern wind tunnel in the United States that was not a SkyVenture facility.

There is, however, another iFLY location only 35 miles to the north. This tunnel, formerly known as iFLY Oceanside, was recently rebranded as iFLY San Diego Oceanside (despite not technically being located in San Diego at all).

iFLY San Diego Mission Valley is one of seven wind tunnels in California, along with five other iFLY’s (iFLY Sacramento, iFLY SF Bay, iFLY Ontario, iFLY Hollywood, and iFLY San Diego Oceanside), and a single independent tunnel, Perris Indoor Skydiving. The latter outfit has been running since 2003 and is the oldest tunnel in the state. It is also home to a skydiving dropzone, Skydive Perris.

No reviews have been collected for this location yet.