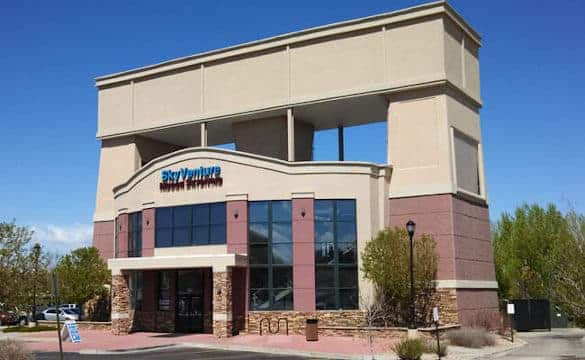 iFLY Denver is a 12-foot (3.7 m) recirculating tunnel open since 2006. This Generation 3 tunnel was one of the first recirculating models in the United States, along with iFLY SF Bay, iFLY Orlando, SkyVenture New Hampshire, and other early American tunnels. For the first 12 years of its operation, it was a private operation known as SkyVenture Colorado, but was incorporated into the iFLY franchise in 2014 and re-branded as iFLY Denver.

Average rating of 4 from 5 review(s).

Best fun ever! Great staff, Grant was a awesome caring guy. He made the visit fun, and relaxing . Thank you!

We brought friends from France and did not have a prior appointment. The staff eagerly welcomed them and set them up with flight time plus the virtual reality, How to Train Your Dragon” experience. After their long day in the car, they made a beautiful memory. Thank you, Claire!!

As a return flyer I've had the unfortunate experience of always being on time or early for a reservation only to then sit and wait 30minutes to an hour before they even offered the new flyers their class prior to flying. There's no excuse, we don't pay to come watch your employees fly around for a half hour of OUR time, not Yours. I won't be returning and won't continue bringing new flyers.

Amazing fun adventure. Thank you to all the workers from the front hostess to the instructors. Made this experience 1 in a million. Will definitely be coming back!! & soon.

Rich took great care of our group. Rich was fun and full of good instruction to maker your time fun and safe. A GREAT way to have fun at any age. Highly recommended for fun loving thrill seeking families!

Sign up now to be notified of any updates, events, deals for this tunnel.
Map for iFLY Denver