A trio of senior citizens who shared the lifelong dream of skydiving were able to fly together in a wind tunnel at iFLY Dallas last month. 72-year-old Ivan Rattler, a Vietnam veteran and former member of the US Army Military Police, joined friends Don (72) and Norma (90) to fly in the 14-foot (4.3 m) recirculating tunnel.

iFLY Dallas is one of seven iFLY wind tunnels in Texas. The American state, the largest in the continental US, contains a whopping total of eight wind tunnels currently in operation, with two more under construction, making it home to more wind tunnels than any other state in the country (Texas is followed by California, which houses seven operating wind tunnels).

All three elderly fliers live together in a senior living community called “The Wellington at Arapaho,” located in the Dallas suburb of Richardson. The senior center recently created a communal “Tree of Dreams,” for its residents. The initiative encouraged residents to write down lifelong wishes and pin them on the tree and then helped them bring their wishes to fruition. “This tree represents wishful dreams that some of our seniors had in their lifetime, but never became a reality until now!” wrote The Wellington on Facebook. 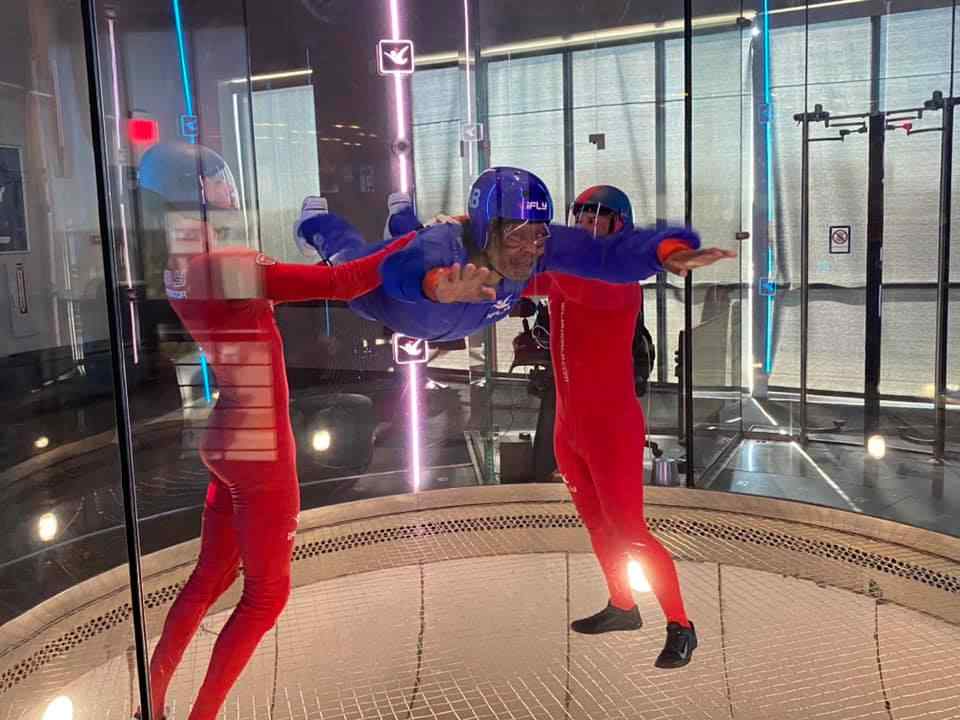 “It gives me a good feeling to know that I have done that at my age, and it’s probably as close to the real thing as I will ever get,” Rattler told local news channel Fox 4 after his flight. Even though Rattler is wheelchair-bound, he experienced no problems flying in the wind tunnel, and added that the only thing he regretted about the experience is not asking to fly higher.

Indoor skydiving is increasingly showing great promise as an accessible sport for the elderly and the disabled. An 80-year-old woman in England recently flew in another iFLY tunnel to raise funds for a humanitarian airline, Mission Aviation Fellowship. Meanwhile, a large-scale initiative in Europe, Windtunnel Handifly Project​​, is offering over 9,000 free flights for people with disabilities at nearly a dozen partner wind tunnels around Europe, leading up to a wind tunnel competition for disabled fliers. The ultimate goal of the initiative is to enable  “people with physical disabilities to compete in complete autonomy.”

Wind tunnel flying has even been used for a variety of therapeutic applications. Another initiative, “Fly with Me,” which is sponsored by the Russian government, aims to treat Russian children with cerebral palsy using physical therapy practices during wind tunnel flights.