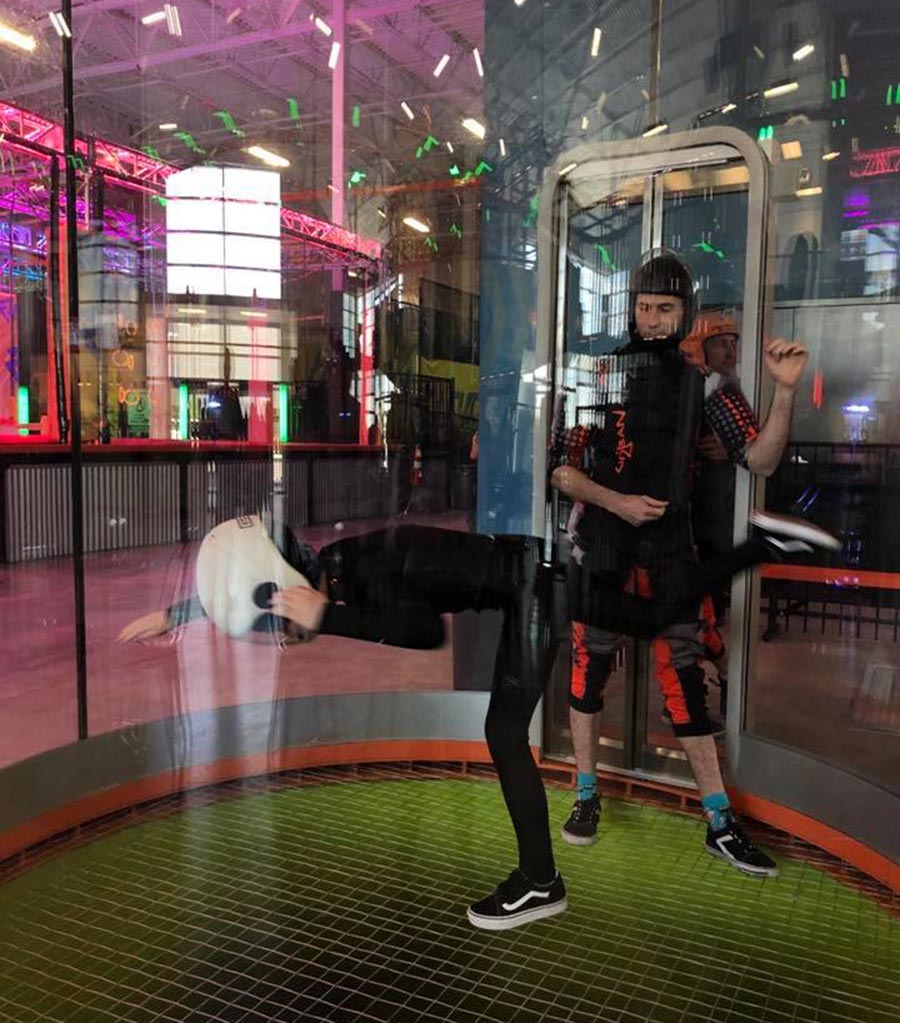 Urban Air Adventure Park Albuquerque is an indoor entertainment park housing an 8.2-foot (2.5 m) recirculating Aerolab indoor skydiving tunnel, among 17 other attractions, as well as a cafe. Other offerings include a tumbling track, climbing walls, dodgeball, a “Battle Beam” arena, and a large tubular playground structure. Urban Air Albuquerque opened in September 2019, following in the footsteps of other Urban Air Destinations that began to offer indoor skydiving in Fort Worth, Texas, and Snellville, Georgia.

Given the kid-oriented nature of the Urban Air facility and the small size of the tunnel, Urban Air tunnels are not a viable training destination for pro flyers or adults in general. However, they serve as a great way for families with small children to experience bodyflight in a safe, controlled environment. Flying at Urban Air is also extremely affordable, with Platinum Level all-access memberships costing only $15.99 monthly.

No photos have been submitted for this location yet.

Average rating of 4 from 3 review(s).

Been multiple times a week. And had no issues. Saturday's can get a little busy but if you go to the wind tunnel desk and let them know ur going to fly they give you a pager if they are busy so you can start doing all the other attractions till ur called. That's rare. One of those busy days I witnessed people going up to the counter after being at park for hours and saying I want to fly. You don't go to six flags and get to rush or cut online on the superman rollercoaster just because you're ready to go home after walking the park all day. My kids had no problems. By the way those instructors did not stop flying people. When other people flew in the tunnel they were showing our kids what they can do because we asked. It gave them a goal because they were getting better and better as we keep going back. Love that.


This deserves a ZERO!
Nickname: Waste of money and time!
Review Date: November 3, 2019

Not only was Urban Air a disappointment the experience left my group irritated and aggravated. Not enough staff to serve customers (not even at the food court). We waited hours for our kids to “skydive”. Birthday groups dominated the park. During our LONG wait, a small girl (I’m guessing one of the employees daughter) got in and out of the skydiving tube to demonstrate what no one else was allowed to do. The little girls playtime SLOWED down the the process for paying customers. I’m not sure who thought this was a good business model. I even got ripped off at the massage chair. Will never return. Good luck!

Urban Air Albuquerque is one of our favorite tunnels! The facility is amazing, and the staff is too.