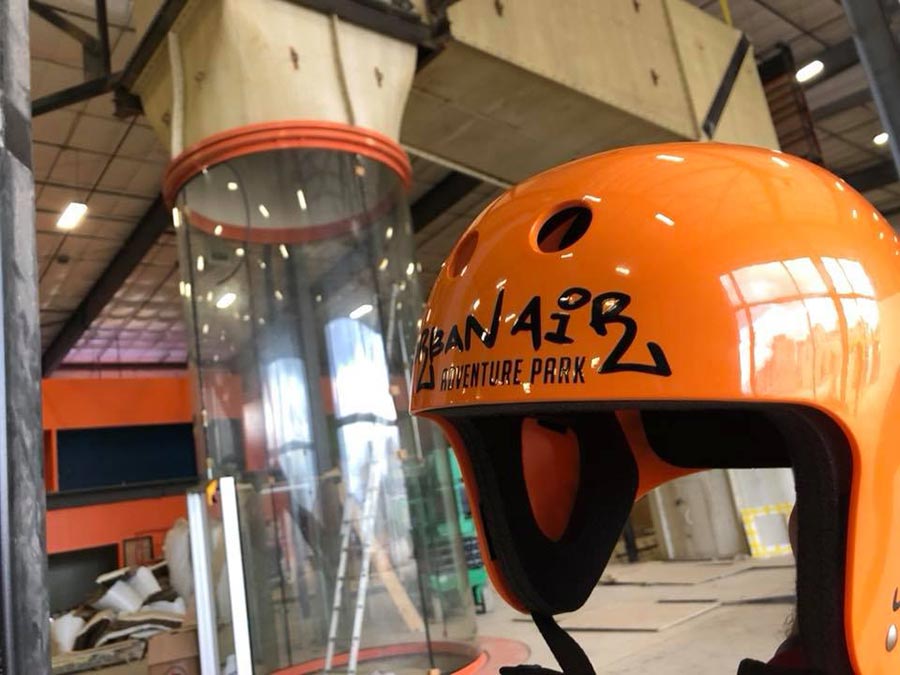 Urban Air Adventure Park Fort Worth (North) is an indoor entertainment park that houses an 8.2-foot (2.5 m) recirculating Aerolab indoor skydiving tunnel, among a dozen total attractions. Other offerings include a ropes course, climbing walls, “Battle Beams,” a trapeze system, a tubular playground, and a “Wipeout” zone. Urban Air Adventure Park Fort Worth (North) was the first location in the Urban Air franchise to offer indoor skydiving and opened to flyers in February 2019.

Given the kid-oriented nature of the Urban Air facility and the small size of the tunnel, Urban Air tunnels are not a viable training destination for pro flyers or adults in general. However, they serve as a great way for families with small children to experience bodyflight in a safe, controlled environment. Flying at Urban Air is also extremely affordable, with Platinum Level all-access memberships, which offer unlimited indoor skydiving, costing only $17.99 per month.

Urban Air to Bring Indoor Skydiving Competition to the USA - Posted on: April 3, 2018

No photos have been submitted for this location yet.

Average rating of 5 from 4 review(s).

This tunnel is awesome! The coaching staff is very well trained and the Director of Operations (Jon) is extremely receptive to feedback and customer requests. For not being the biggest tunnel around I am very pleased with the quality of flights and we can’t wait for the planned upgrades! Bring your friends and kids on the weekend and expect a great time!!

What an incredible place. Kudos Breanna! You staff are excellent. Our grandkids absolutely loved it. Highly recommend and give a big thumbs up ?

This place is awesome!! Lots to do for all ages. They had amazing staff and we had an amazing experience!!!

Awesome time at any Urban Air