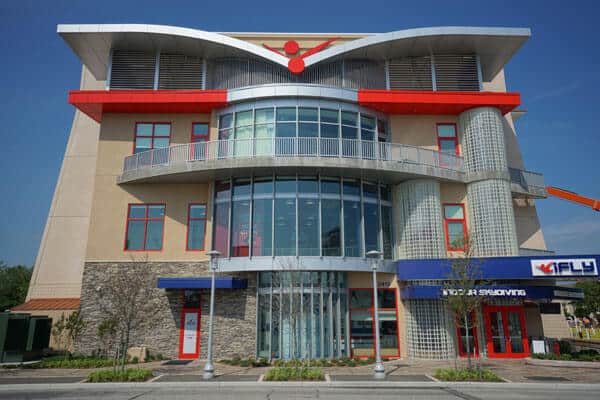 iFLY Virginia Beach is a 14-foot (4.3 m) recirculating tunnel, and one of the only privately-owned iFLY locations remaining in the United States. It was Virginia’s first wind tunnel, opening in 2015, and boasts a unique beachfront location, just a block from the Atlantic Ocean.

iFLY Virginia Beach is well-known in the indoor skydiving community, particularly for American flyers, as it hosted the US Indoor Skydiving National Championship three years in a row, from 2017 to 2019. Today, this Generation 6 SkyVenture tunnel remains the only place to go indoor skydiving in Virginia Beach, and is one of two wind tunnels in the state of Virginia, along with iFLY Loudoun, which opened in 2016.

iFLY Virginia Beach Owner Talks Leadership and What It Takes to Run a Wind Tunnel - Posted on: May 13, 2022

Lip Sync Challenge: I want it that way

Average rating of 4 from 6 review(s).

My daughters loved this experience! The instructor was friendly and talented! We’d love to do it again!

We expect to be a good time in this place but the front desk is there to make nothing. We spent a almost $ 300 dollars for leave this please disappoint with the quality of the fly. First of all the Helmet when they came to the front Desk they try sell another kind of helmet to make money. If you there to fly the gyus don't allow you go high. Another strategy is you need to pay more $ 10 dollar more. 1 minute and another 1 minute and you spent your money and stay the dream to really do the skydiving....very bad. Don't go in this please

I have been to this facility 7 times and have NEVER had a bad experience. The place is always clean and run well and the staff is always friendly. The instructors are absolutely fabulous and very patient with the clients. We always like to watch others fly and see their reactions. As long as you meet the weight requirements anyone can do it and have even seen a wheelchair bound child fly (the smile told the story). If this is something you have thought about doing, go for it! Dave is who we normally fly with and he is awesome but all the instructors are great.

First time flying, what a great experience. We arrived early giving us time to watch other guest. Highly recommended for calming nerves.
Our instructor Zach was fabulous/awesome/great all wrapped together. Zach cares about his clients well being and foremost wants them to have the best experience possible.
Thanks Zach!!!!

First time flying, what a great experience. We arrived early giving us time to watch other guest. Highly recommended for calming nerves.
Our instructor Zach was fabulous/awesome/great all wrapped together. Zach cares about his clients well being and foremost wants them to have the best experience possible.
Thanks Zach!!!!

The facility was clean and very welcoming. While waiting for our 10 minute lesson to begin, we were able to watch other sessions. I had Mark for my instructor. He was awesome, very calming and reassuring. I never felt unsafe or unsure during the experience. I would recommend this for anyone! I took my 7 year old niece and she loved it! Go ahead and purchase the high flight - it is worth it. I can't wait to go again.